THE HISTORY OF BACCARAT

Historical accounts of the origins of Baccarat are disputed: some sources claim Baccarat was invented in the 1800s, while some sources insist that this game dates even farther back in history, with Baccarat being introduced into France from Italy in late 15th century by returning soldiers from the Franco-Italian War.

Either way, it undoubtedly started becoming popular among French nobles since the 1800s. For about 100 years, Baccarat was usually played in private gaming rooms, as casino gambling hasn’t been legalized in France until 1907.

As a game enjoyed by nobles, Baccarat has maintained a high-class status which was further reinforced by Ian Fleming when he created the iconic character of James Bond in 1953 in his book Casino Royale. Bond, classy, charismatic, and tasteful as he is, is also a regular Baccarat bettor.

Baccarat was first mentioned to the public in English by the newspaper Daily Telegraph by January 13, 1866, and since then, the game quickly became popular in England and the USA.

In a game of Baccarat, there are only 3 possible situations – Player, Banker or Tie. Cards 2–9 are worth face value however the 10s, J, Q, K are worth zero but Aces are worth 1 point. Hands are valued in accordance to the rightmost digit sum of their cards. 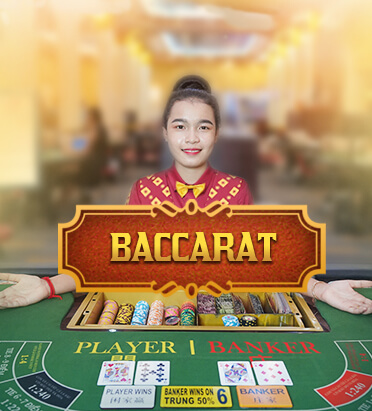